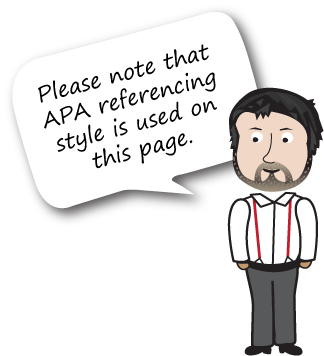 Grammar checkers will not signal the inappropriate use of language in terms of discrimination. You will need to know the language guidelines for using non-discriminatory language, and apply these to your writing.

You should use inclusive language (gender neutral, non-sexist, non-gender specific) that includes women and treats men and women equally.

Use titles and modes of address consistently for men and for women.
Use Ms in preference to Miss/Mrs, unless this is preferred by the individual being referred to.
Use he, his, him, himself only when referring specifically to males.

AVOID: Each student is responsible for his library loan.

PREFERRED: Each student is responsible for his/her library loan.

Use the words man/woman, girl/boy, gentleman/lady in a parallel way.

AVOID: Ladies and men should …

PREFERRED: Ladies and gentlemen should …

OR: Men and women should …

Use similar terms when describing the same characteristics in women and men.

AVOID: Only ambitious men and aggressive women succeed in the business world.

PREFERRED: Only ambitious men and women succeed in the business world.

Rather than authoress, author would generally be preferred.

Rather than headmistress/headmaster, principal would generally be preferred.

Rather than comedienne, comedian would generally be preferred.

Rather than tradesman, tradesperson would be preferred.

Rather than businessman, executive would be preferred.

Rather than craftsman, artisan would be preferred.

Avoid the generic use of man or of composite words involving the syllable man.

Rather than spokesman, spokesperson would be preferred.

Rather than mankind, humanity would be preferred.

Rather than chairman, chair would be preferred.

Avoid using gendered terms or expressions that may be patronising and/or demeaning.

AVOID: Students should seek assistance from the ladies in the office.

PREFERRED: Students should seek assistance from the staff in the office.

Avoid irrelevant, gratuitous gender descriptions.
the lady editor; the female doctor; the homosexual Minister
Avoid unnecessary reference to the relationship and or parenting status of a person or a group.

AVOID: Jack Smith and his wife

AVOID: the mother-of-five appointed to the position of Minister of Education.

PREFERRED: the woman appointed to the position of Minister of Education.

Always use capital A for Aboriginals and capitals for Torres Strait Islanders, and the names of the various groups to which individuals belong.
Aboriginal peoples; Australian Aboriginals; Koorie; Goorie; Yolngu
Never use negative, discriminatory or stereotypical terms that would be offensive to the Indigenous peoples of Australia.

Use the term Australian for all groups of people who live permanently in Australia. If it is important to specify the descent or ethnicity of a person or group, or to distinguish between people born in Australia and elsewhere, then use a qualifier in conjunction with Australian (as the noun) or use hyphenated forms.
Vietnamese-born Australian; Jewish Australians; Italo-Australian
Avoid unnecessary reference to the ethnic or racial background of a person or a group.
Some Lebanese youths were injured in the accident.
Avoid terms which denigrate a person or a group on the basis of race, ethnicity and/or religion.

Avoid unwarranted assumptions about age.
Avoid terms which denigrate a person or a group on the basis of geographical location. Do not use derogatory terms to refer in an unfavourable manner to the places where people live.
Rather than country hicks, people who live in the country would be preferred.

Linguistic discrimination can take various forms that may marginalise or exclude particular segments of the population—whether unwittingly or not. Stereotypical description of any group of people or member of an identifiable group is probably the most insidious. There is no place in public documents for uninformed, prejudiced or merely insensitive references of this type.’ (Commonwealth of Australia, 2002, p. 55)